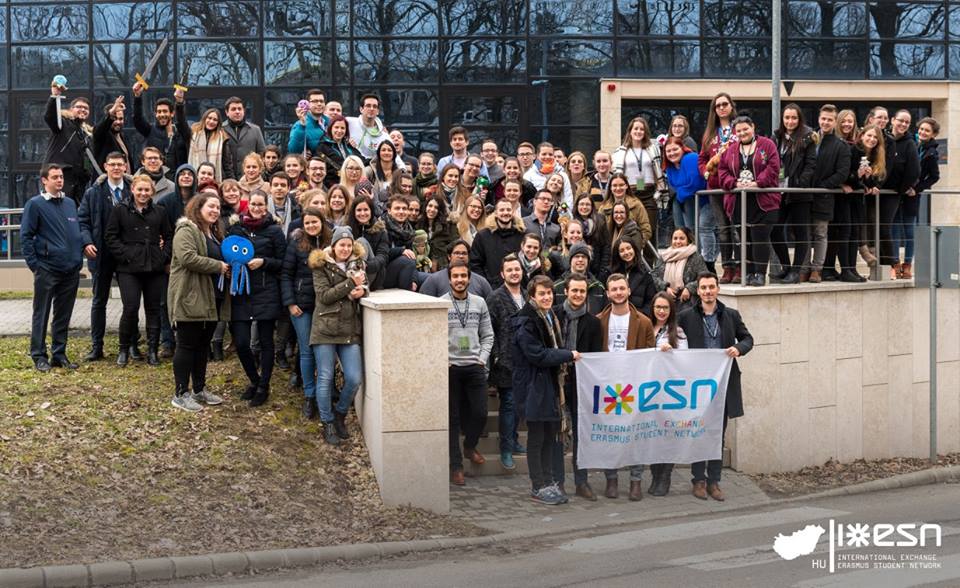 This year’s first National Platform was organised together by ESN Health BP and ESN Miskolc. The basic National Platform vibe was increased by the fact that the event (held between February 9 and 11) was brought to life with a popular book- and TV show series, the Game of Thrones theme – giving an extra enthusiasm for the upcoming National Board election.

16 Kingdoms’ leaders saddled up their horses, sailed to the open sea and gathered together in the throne room, to discuss the future of the realm and be present at the coronation.

But enough of the Game of Thrones similes…

The usual National Platforms’ noble atmosphere was increased by a sense of change. A feeling, that something big is about to happen.It’s because each year’s first National Platform is the traditional date to refresh the National Board. Out of five members of the current National Board, only the President, Gergő János Stefán was running again to keep his position. So the others – Gergő Valastyán, Petra Kiss and Roland Bálint – won’t be members of the National Board after three months. The position of Dániel Zsiros is still undecided, because no applications were received for the Communication Manager post.

Although during two days, the participants from all 16 sections heard a lot of interesting lectures, absorbed in the current financial status and could hear their voices and ideas during workshops; the highlight of the National Platform were the National Board candidates. This three-day event was all about them. During those few days, not only five people’s lives have changed – but the future of a whole organisation. So the National Platform was inarguably made to celebrate them.

„Some of you will be elected, others won't, but there will be no losers at the end of this election. You are all National Board candidates and you will always be, nobody can take this away from you.” – opened the elections Roland Bálint, who is still the Vice-President of ESN Hungary till May.

After that the stage was filled with up and coming ESNers. For the position of Vice-President Márk Csányi (ESN ELTE) and Zsuzsanna Szugyiczki (ESN Szeged); for the National Representative Gábor Lajkó (ESN ELTE) and Norbert Berecz (ESN Pécs); for Treasurer Balázs Krabácz (ESN BME) and for President Gergő János Stefán (ESN SZIE/NB) were running – all in special „wannabe” T-shirts designed by Zsófia Zsuzsanna Báthory.

„And the one million dollar question: why I would like to reapply? For me the answer is quite simple: I want to finish the work that I started in June. Since this mandate is not fully complete, I didn’t have the time to accomplish everything what a National President can during a complete mandate.” – commented Gergő János Stefán on his motivation, who later explained, why does he see himself as a muscle car. „I see myself like this because the acceleration of those cars is not the best. They need more time to reach 100 km/h. But after they reach it, they are very powerful and hard to stop. And I feel that in the past months I reached my 100 km/h.”

The attendance heard professional, lovely and even funny presentations and then voted on Sunday. At the end of the National Platform, the freshly elected National Board for 2018 came together:

„I would like to congratulate all the applicants because I know it’s a hard work and we had many many doubts. Personally I would like to say a huge thanks to my team – especially my vice-presidents and our former VP Roland, because they supported me a lot.” – said Zsuzsanna Szugyiczki.

„One of the reasons I applied was that I heard of possible applicants and I thought it would be really great if I could test myself against worthy opponents. During the whole procedure I always considered Norbi to be a great opponent.” – told the audience the surprised Gábor Lajkó.

The work of Organising Committee stood out – especially the decoration. There was everything a person could with for: paper swords, paper flags, paper shields; Daenerys and Jon Snow; and all three dragon eggs which were sadly not hatched by the end of the National Platform.

However, a new National Board was born.

And what about the current Board members singing their swan songs? That’s a tale for the next National Platform…